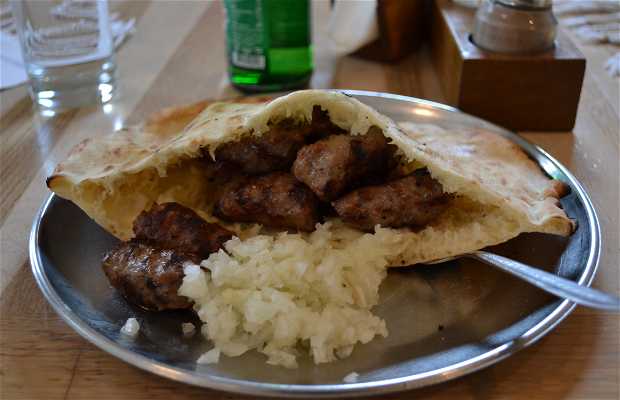 You can't leave Bosnia without going to a Cevapi party, and even in Sarajevo, there are plenty of options to chooose from. One is the Cevabdzinica Ferhatovic Petica, where you can try some of the local dishes in a very nice place which also happens to be very cheap. The portions are generous, and the food is top quality. The atmosphere is nice - traditional, but with a modern twist. They don't serve alcoholic drinks but you can smoke here. It opened in 1984, the year of the Olympic games, but the tradition has been known in Sarajevo since 1957, when the Ferhatovic family opened the Cevabdzinica