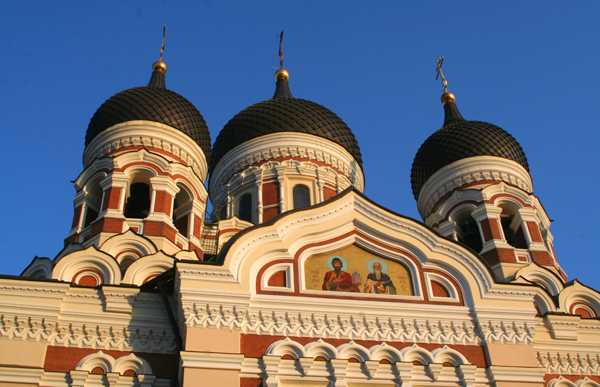 The Russian Orthodox Cathedral is one of the major tourist spots of Tallinn, the capital of Estonia. The first thought I had was its resemblance to Russian cathedrals. The reason for this similarity is that the architect was the Russian, Mikhail Preobrazhensky, from Saint Petersburg, a character ve also designed cathedrals in Florence, Nice, Vienna and Sofia. It was during the period when Estonia was part of the tsarist Russian empire when it was built (approx 1900), as a symbol of the domination of the empire over Estonia. It is dedicated to the Prince of Novgorod, Alexander Nevsky Yaroslavich.

One of the most beautiful buildings in Tallinn.