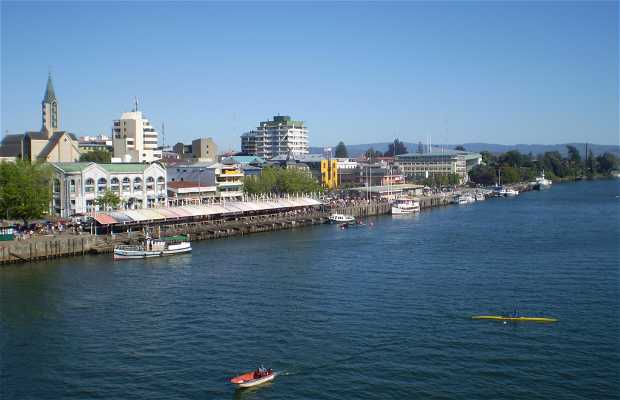 This is the river alongside beautiful Valdivia and which stands as one of the most areas in it, as it is where most of the artistic, cultural and sporting activities like summer carnivals or boating tournaments take place. It has one of the city's most important constructions, which is the Pedro de Valdivia Bridge which connects the city with the Isla Teja and coast. It was built between 1938 and 1953. Both the bridge and the Calle Calle are urban landmarks which are unmistakable because of its great tall arches that allow boats to pass under.