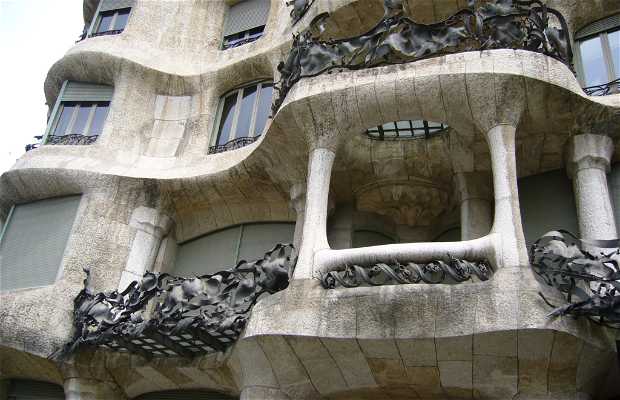 one of the most visited museums

The Casa Mila or "La Pedrera" as this great piece of Gaudi's work is also known, is one of the most visited museums after La Sagrada Familia. As you all know, at least those who are regular visitors to Minube, this apartment house was built by Antonio Gaudi for the Mila family between 1905 and 1907. Its wrought iron balconies seem like climbing plants, as Gaudi's works mimics natural forms, due to this they're known for using biomorphism. Now it's mostly offices but the building itself is a museum, you can visit the floor that belonged to Gaudí, the terrace and a museum. Here are a few pictures to look at and enjoy.

A precious building made by Gaudí!

Inspiring architecture from Gaudi. It is amazing and must go place.