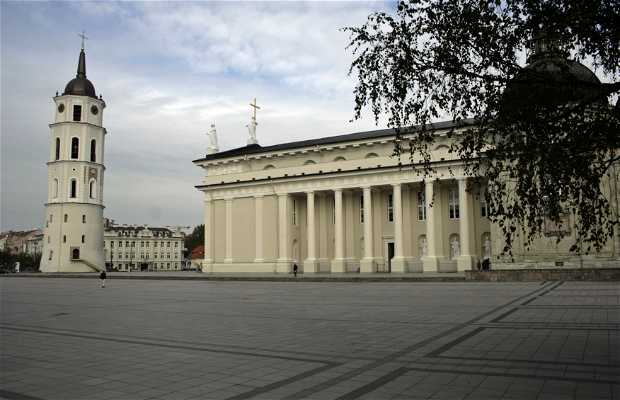 Cathedral Square is the historic heart of Vilnius. It's here, at the confluence of the rivers Neris and Vilnia, where the city was formed. Cathedral Square was also where the military and government were based for centuries. The most notable building is obviously the Vilnius Cathedral, but there are also several castles built to defend the land. Tiles of pink granite mark out where the city walls once stood and there's a statue honoring the founder of the city.

Enormous square and the park is beautiful too