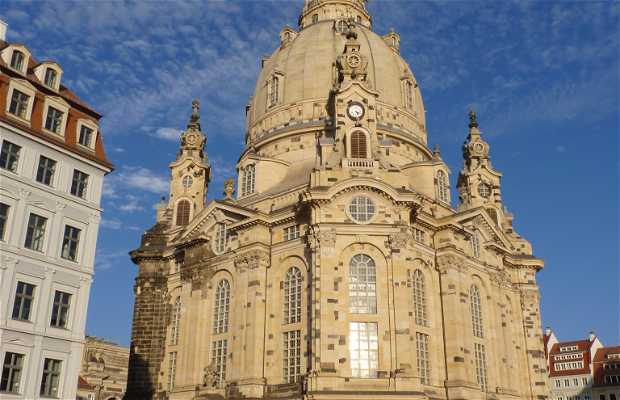 This cathedral was constructed between 1726 and 1738, it was, until World War II, the largest Protestant church in Germany. Destroyed by bombing in February 1945, it was reconstructed by the Communists, because they wanted to leave it as a reminder of the war and barbarism. With German reunification took place, popular mobilization underwent to rebuild the church, which ceased in 2005.