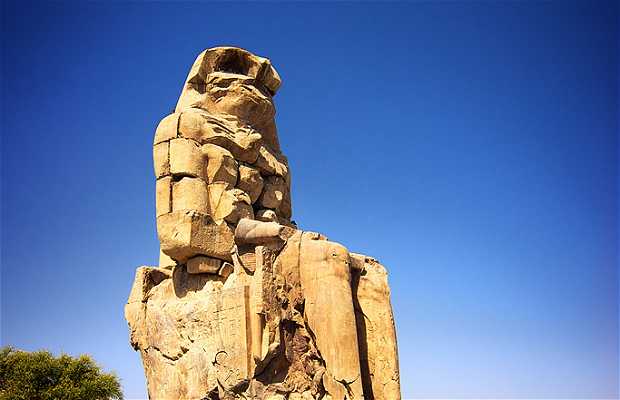 56 photos of Colossi of Memnon

19 reviews of Colossi of Memnon

Situated near the temple of Ramses III is where you'll find the giants of Memmon. They consist of two huge statues that are the remains of what was then one of the most important temples in the western bank of the Nile. According to legend, in ancient times the temple was destroyed by an earthquake as one of the giants came out of a crack the wind was blowing through, and it sounded a celestial melody that was considered to be a miracle. When the sculpture was restored, that melody was lost in time.

Lists and places related to Colossi of Memnon

Information about Colossi of Memnon