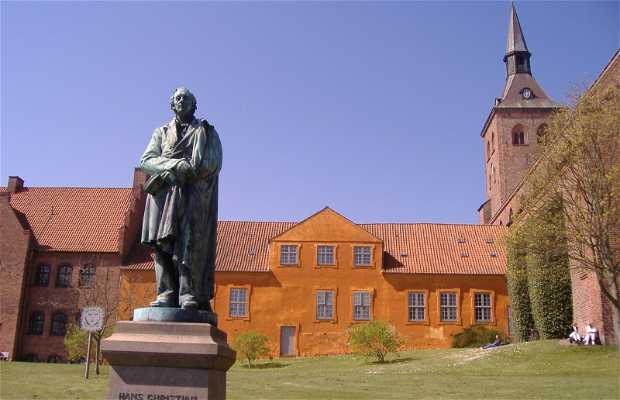 The Hans Christian Andersen Museum is located in the old town of Odense. This was the birthplace of writer, and the HC Andersen House was opened in 1908 as a museum honoring the poet's life and his work. The poet's life was that of a poor shoemaker in Odense, where he went to school, became a writer and author, lived to old age and died. The library will give you a good idea of his numerous writings.