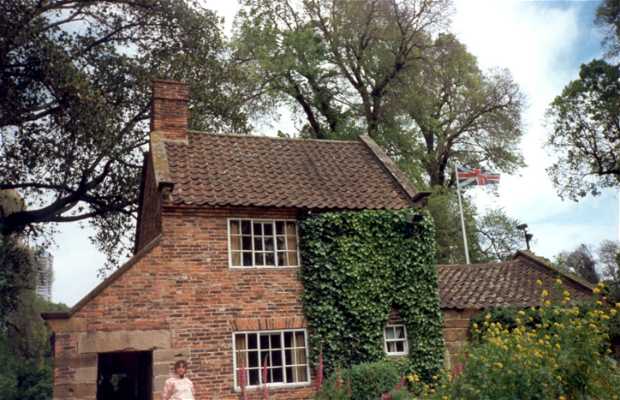 In the city of Melbourne is a park and in it an old house that was brought from England. It was built in 1755 and was a dream come true for James and Grace Cook (actually his initials are engraved on the front door). It was located in Yorkshire and no one suspected then that centuries later it would end up in Australia. One of the children of this couple was James Cook, the famous British sailor, who at age 26 joined the Royal Navy for 16 years. He became a captain and renowned explorer. In 1933 the birthplace of James Cook went up for sale and when this news reached Australia some history lovers bought it and brought it to Melbourne to celebrate the holidays and the 1934 Centennial.