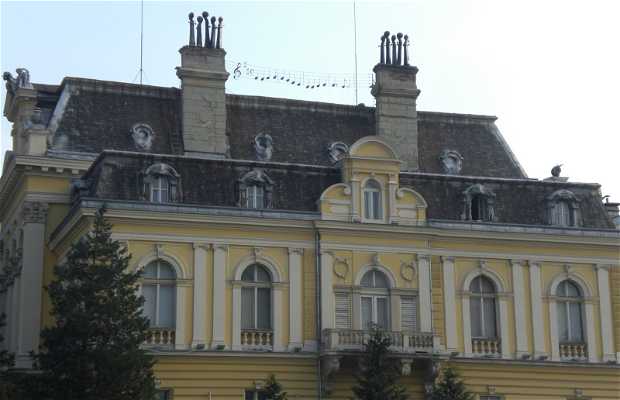 8 photos of National Gallery of Art

4 reviews of National Gallery of Art

The Tsar's Palace now houses the National Art Gallery and the Ethnographic Museum. Built in 1873, it was the residence of the governor of the region during the Oromana occupation, with administrative offices and police headquarters on the lower floors. Vassil Levski was sentenced to death here. After liberation, it was the first building to be renovated, with a more contemporary Viennese style, and it became the palace of the first Bulgarian prince after the liberation, Alexander Battenberf. The palace was damaged by bombing during the Second World War. Today it's a pleasant yellow building with

Paintings and sculptures by Bulgarian artists

The Sofia City Art Gallery is located in a building that was once a casino. In 1944, at the end of the Second World War when the communist era began, it became the municipal art gallery. The collection includes mainly twentieth-century works, paintings and sculptures by Bulgarian artists, some of which can be found in front of the gallery. Admission is $2, and includes a chance to see a lot of information about the works and the history of the building. Most of the works were donated to the gallery by rich families in the city, or were confiscated during the communist era. Check the programme as

Lists and places related to National Gallery of Art

Information about National Gallery of Art