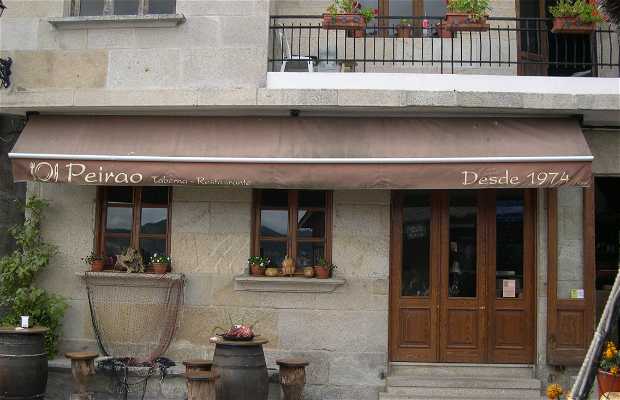 O Peirao is a restaurant located in the center of artistic Combarro. By the sea, overlooking the river, it is surrounded by several granaries. With average prices, the restaurant also has indoor dining and a magnificent terrace overlooking the river, where you can have lunch or dinner. Rations include magnificent octopus, steamed mussels, scallops, squid and various traditional Galician cuisine rations, such as Galician hake or stew. A couple of curiosities: typical desserts and other handicrafts are sold to the public next to the entrance of the restaurant, and a dumb pair of ducks (male and female) lurk around the terrace begging for table scraps from customers.

+8
Like
Have you been here?
Add your opinion and photos and help other travelers discover