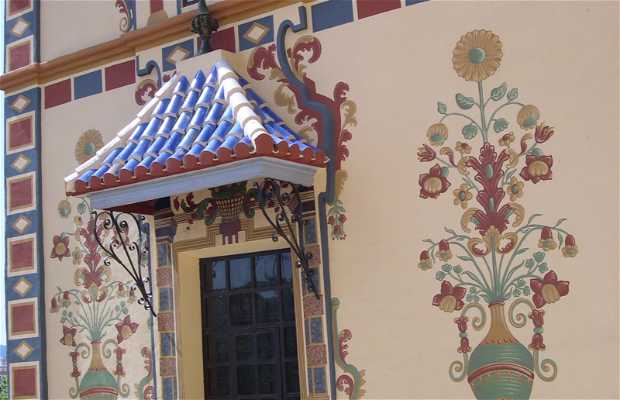 The House of Borgia

The origin of the Ducal de Gandía Palace comes from the end of the 13th century and the beginning of the 14th century. It enjoyed a period of spelndor during the time of Alfons el Vell. In the 15th century, the House of Borgia transformed it it into their residence. The 4th Duke of Gandía, San Francisco de Borja, was born in this palace. It currently belongs to the Compañía de Jesús (Society of Jesus), which acquired it from the Dukes of Osuna in 1890. It is a Jesuit residence and school. There patio is decorated with beautiful painting and ceramics.

This palace belonged to the House of Borgia, the Royal Dukes of Aragon. Afterwards, it was restored and made bigger for the family. The palace has been denominated as a artistic-historic monument. It features a grand central patio – the patio of arms --, which has a an adjacent stairway. The Hall of Crowns, the Gilded Gallery, the Eagle Hall, the 18th century Manises ceramics of the four elements, the Santa chapel, and other memories of the Duke's sporadic, long-term stays at the palace are displayed. In 1964, it was declared a historical national monument.