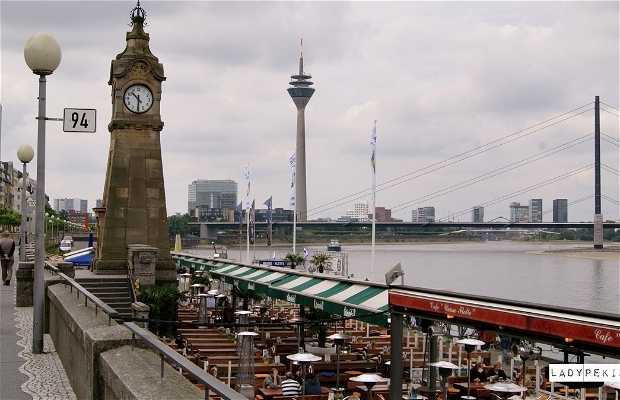 The Rhine, in Germany Reihn, is one of the most important rivers in Europe. It's the most important waterway in the world according to traffic density. It spans many countries (Switzerland, Austria, Leichtenstein, Germany, France and the Netherlands) and passes through major cities, like Dusseldorf. In Düsseldorf, as in Cologne, the people are very proud of the river and they enjoy it to the fullest. On the shore, there are many bars, cafes, restaurants, and also the typical German "Biergarten". During warm weather, it's great for picnics, beers or barbecues with its large green spaces.