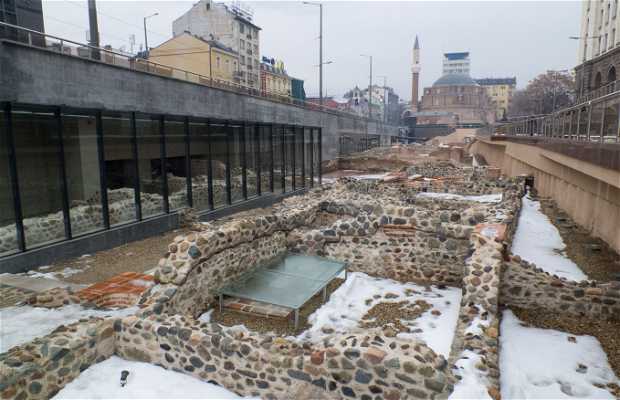 16 photos of Ruins of Serdica

4 reviews of Ruins of Serdica

Close to the Sveti Georgi Roundabout is a small park in a courtyard which is the sitearch ofaeological excavations where they have discovered remains of Serdica, the second century Roman city. In this century the Romans were replacing the Macedonians as the main power in southeastern Europe and in 50 AD after destroying the Thracian kingdoms created the provinces of Moesia and Thrace. Serdika is an example of a city built by the Romans.

Lists and places related to Ruins of Serdica

Information about Ruins of Serdica