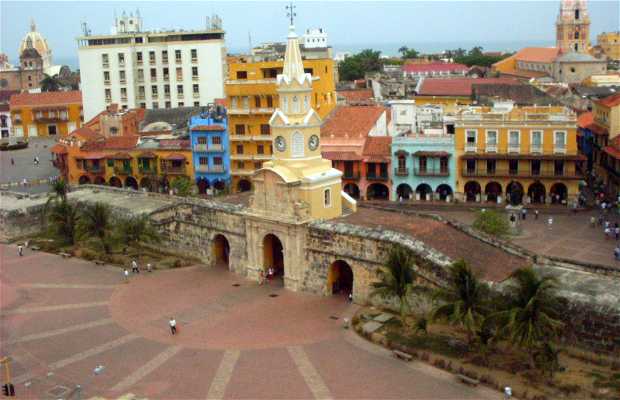 38 photos of The Clock Tower

15 reviews of The Clock Tower

Most beautiful clock tower on Earth

The Clock Tower has become one of the most important symbols of Cartagena de Indias and is considered one of the five most beautiful clock towers in the World. It was the main entrance to the city for a long time, and today still leads to the historical center of the city. Its military architecture was designed to defend the walled city from the attacks of pirates and foreign invaders. The clock wasn't an initial part of the structure; it was added much later. This beautiful architectural jewel has played in important part in the history of Cartagena de Indias and is my favorite building in the

+9
See original
Like
Have you been here?
Add your opinion and photos and help other travelers discover

Lists and places related to The Clock Tower

Information about The Clock Tower