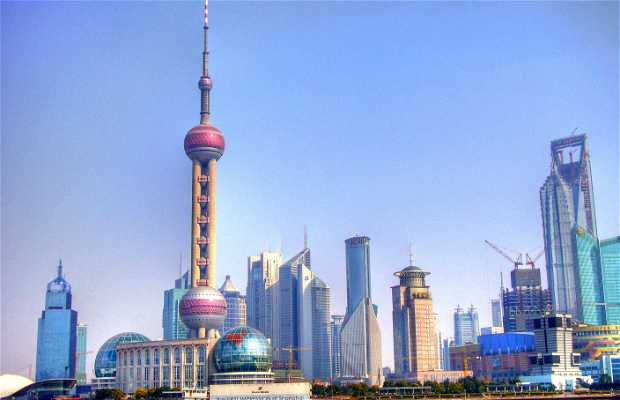 37 reviews of The Bund

When we arrived on the first day in Shanghai, we were surprised that it was so modern. We had just arrived from Sydney and our stay in Shanghai was totally different. Although we knew it would be very cold, we knew that Shanghai was worth a visit. Early in the morning we took a walk along the Malecon or Shnaghai Bund in the cold and there were many Chinese people with photography posts so that you can have your picture taken. We observed the two parts of Shanghai - one futuristic and the other which has a very French style, with classic Renaissance buildings. One of the most important buildings on this side of the Malecon is one of the most prominent buildings is the Pudong Development Bank, along with the Peace Hotel - a building with a green pyramid roof which is the building of the Shanghai Customs and the Bank of China.

Lists and places related to The Bund

Information about The Bund

Links to The Bund
Hotels near The Bund Neighborhoods in Shanghai
See something odd?