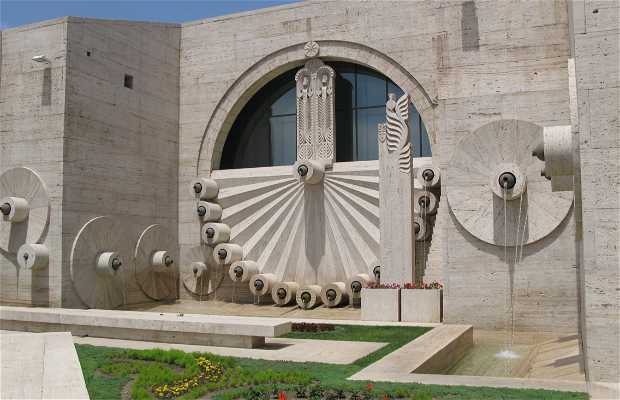 The Waterfall is a Soviet style monument with a native touch. Construction began in 1970 and is still underway. In 1997, after the fall of communism and with it, the country's economy, construction stopped and dozens of fountains stopped working as well. The waterfall was a very ambitious project. Located in the centre of the city, it provides great views of downtown. It's made of white marble. Again, Gerard Cafesjian, belonging to the Armenian diaspora and a great art collector, resumed work on the Waterfall at the beginning of 2000 and gave it a decorative detail of a black cat sculpture by the artist Botero.

The actual water cascades aren't much to look at, but there are plenty of little statues and things to check out as you climb.

Like
Mary Arza
See original
Like
Have you been here?
Add your opinion and photos and help other travelers discover

Lists and places related to Waterfall

Links to Waterfall
Hotels near Waterfall Historical Monuments in Yerevan
See something odd?