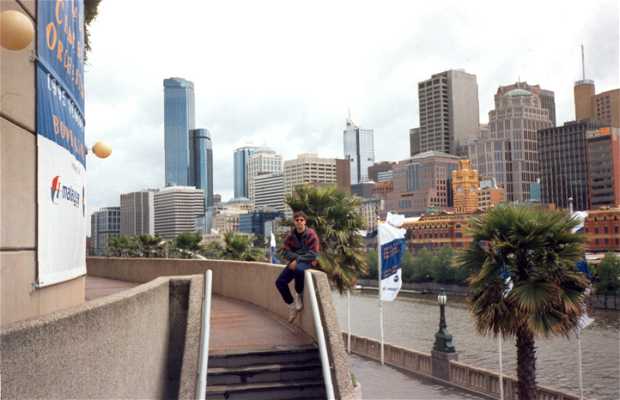 In 1835 John Batman arrived on the banks of the Yarra, where there aboriginal tribes still were, and chose the site for the foundation of a new city, Melbourne. The river divides the city into two separate banks, the North Bank and the South Bank, which despite being well-connected, have different characters. The south bank of the Yarra is more oriented towards the arts and design. On this side are the National Gallery of Victoria, very important for its collections of Australian, especially Aboriginal, art. Also there is the Victoria Arts Center. Across the river, on the north bank, the architecture is more Victorian, concentrated in the neighborhood around Swanston Street.

A nice place for some exercise or an evening stroll

Restaurants and cafes along the South Bank area make it all too easy to stop and eat.