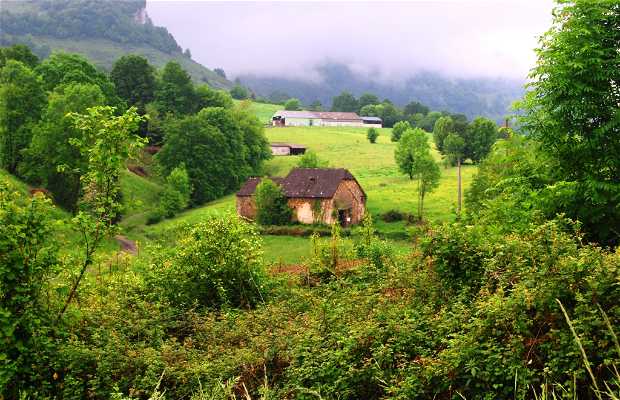 This idyllic valley connects Barétous Oloron-Sainte-Marie with the Roncal Valley, in Navarra. It is guarded by the Pierre Saint-Martin, a giant mountain 1620 meters high, where there is a ski center. From Oloron, the valley opens up and a thousand things dot the rolling landscape: signs that offer 'pate de canard' and 'fromages', white cows grazing quietly, fishermen on the banks of streams, people coming and going on bikes, hamlets with colourful slate roofs and an infinite number of blooming roses. In Aramits, the legendary birthplace of one of the Three Musketeers and capital of the region, the shepherds' tents are covered with slabs.

+9
Like
Have you been here?
Add your opinion and photos and help other travelers discover