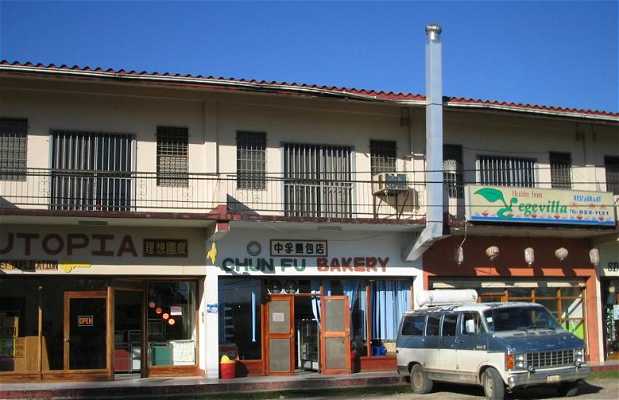 Belmopan is the capital of Belize. It's a city that was created out of nothing, like Brasilia in Brazil, and has become the country's administrative capital. That is, it has no history, and most of the inhabitants only arrived about 10 years ago. Supposedly, even the politicians live in Belize City and fly to Belmopan to go to meetings. Belize City is on the coast where there is at least one hurricane per year. So the idea was to ​​protect the capital and the government buildings by moving them to the country's interior in the 70's. Today, the city only has 17,000 inhabitants, but there are plans to make it much bigger.

Lists and places related to Belmopan

Links to Belmopan
Hotels near Belmopan Cities in Belmopan
See something odd?