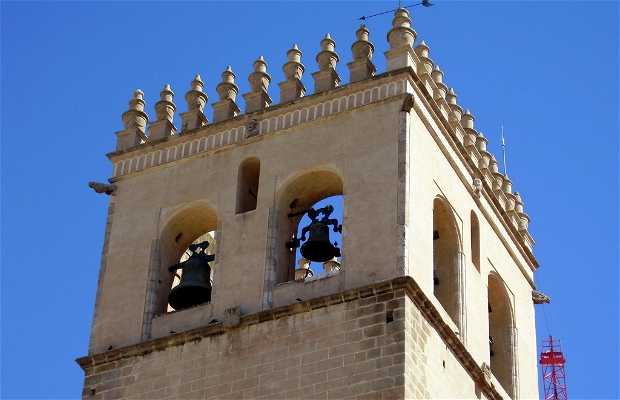 The Cathedral of Badajoz is located in Plaza de España (next to the Town Hall), although the tourist entrance is on Calle San Blas.

The building has a relatively modern look even though it was built in the 16th and 17th centuries. It has an annex on one side which is the Co-Cathedral of Santa María, built in the 16th century on the remains of a previous church dating back to the 14th century. It has several notable altars.

What struck my attention most about the outside was the tower on the left of the building and the entrance with the staircase. The entire façade is done in the Classical style in light-colored stone and is pretty austere as far as decoration goes.