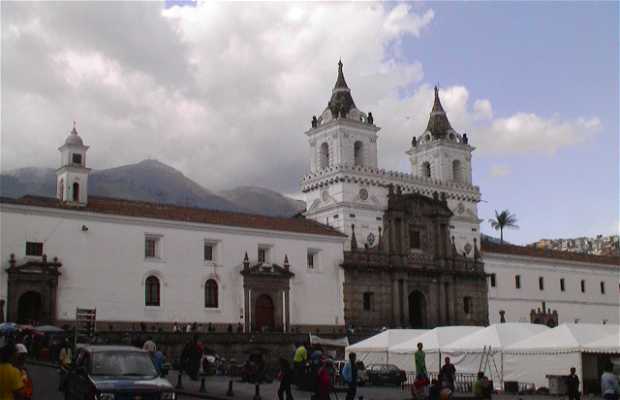 27 photos of Cathedral of Quito

7 reviews of Cathedral of Quito

It is a very beautiful church

The Cathedral of Quito is in the old colonial part of the city, on the southern side of Independence Square. Until the sixteenth century, it was a simple country church with a thatched roof. They began to build a real cathedral in late sixteenth century. It was finished in 1565 and consecrated seven years later. The diocese of Quito was created in 1545. It is a very beautiful church. You can visit it outside hours of the masses, and can appreciate the Quito school, a style of religious art mixing Spanish and European techniques with the country's indigenous styles. In the church are the tombs of Marshal Antonio José de Sucre, and a few presidents of the Republic of Ecuador, as well as the bishops of the cathedral.

Lists and places related to Cathedral of Quito

Information about Cathedral of Quito