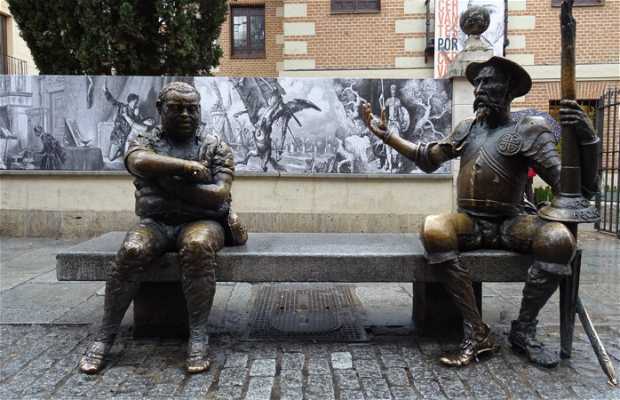 If you want to see The birthplace of Miguel de Cervantes, you absolutely must visit Alcala de Henares. He was most likely born in 1547, and there you can see the house that he was born in. This important author was the creator of the first modern novel, Don Quixote de la Mancha. During the visit to the house, which is two stories, we see a recreation with objects that were representative of the time. You see the house's rooms, his father's pharmacy, the kitchen and other facilities, as it was only for women. On the top floor there is an exhibition of various editions of Don Quixote, among which one illustrated by Salvador Dali, a first edition of 1605, and editions in other languages ​​such as German or Thai.