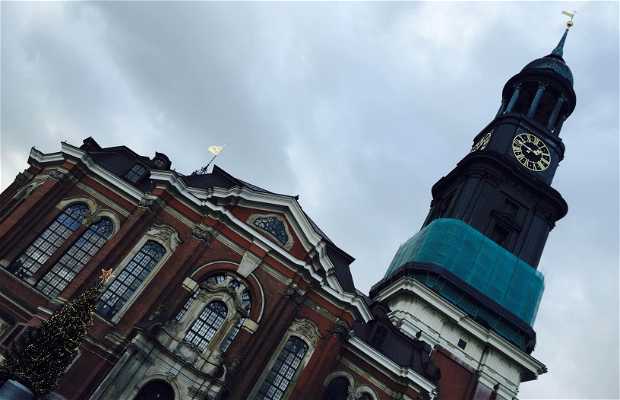 San Miguel (Der Michel in German) it is one of the symbols of Hamburg and the pride of many citizens. The Protestant Church is named after the Archangel Michael and is under renovation. It has been rebuilt repeatedly as it was strongly affected during wars. Its location is unbeatable as if you see it from the coast of Rio Elva it stands with its imposing tower, and if you walk by St. Pauli on the avenue Neustadt you can easily get to it, also it's close to the port and the center of Hamburg. You can access the top of the tower by elevator and the view is unbeatable, especially to take pictures (as shown here).