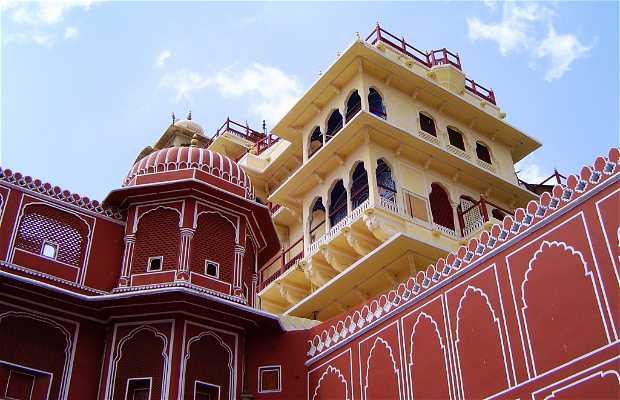 The City Palace in the heart of Jai Singh II has been the residence of the government since the first half of the eighteenth century. The large complex is a fusion of Rajput and Mughal architecture, with wide open public buildings of Mughal style leading to private areas. Its treasures include little statues, manuscripts, Mughal carpets, musical instruments, royal robes and weapons. Each of the seven floors of the Chandra Mahal is extravagantly decorated and is named according to that floor´s function.

The beautiful lighting inspired me to take a picture.