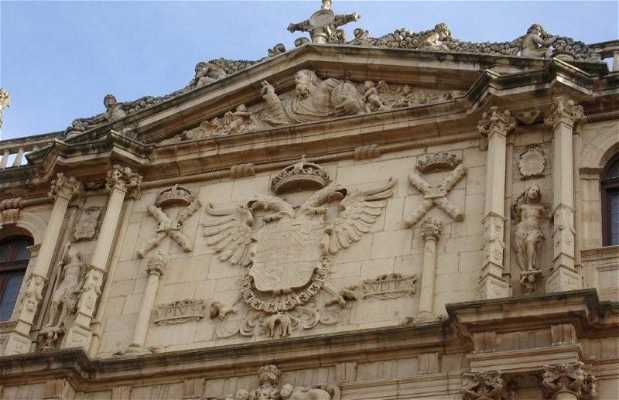 In the landmark town of Alcala, is the Colegio Mayor de San Ildefonso. It is the oldest University in Spain, founded by Cardinal Cisneros in 1499, where the likes of Lope de Vega, Quevedo, Ignatius of Loyola (founder of the Society of Jesus) have studied. It has been declared a UNESCO World Heritage Site. The beautiful facade was designed by Rodrigo Gil de Hontañón. It has two interior courtyards and a Moorish style chapel where you can find the tomb of Cardinal Cisneros. The auditorium celebrates the Cervantes Prize award to an author writing in Spanish every year. Usually the award alternates each year between a Spaniard and a Latin American.