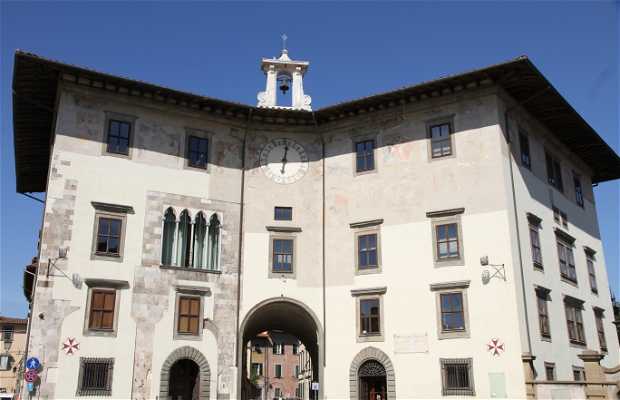 Between 1605 and 1608, the Torre dei Gualandi and Annex Palazzotto del Capitano became the Palazzo del Buon Uomo, the hospital of the Knights of Santo Stefano. In 1696, the Palazzo del Buon Uomo changed its name and became known as Palazzo dell'Orologio, due to the splendid clock initially situated in the steeple of the church, which was placed on top of large a breezeway, and construted on the vault linking the two medieval buildings. The frescoes that adorn the outside of the Palazzo dell'Orologio are also the work of Giovanni Stefano Marucelli.