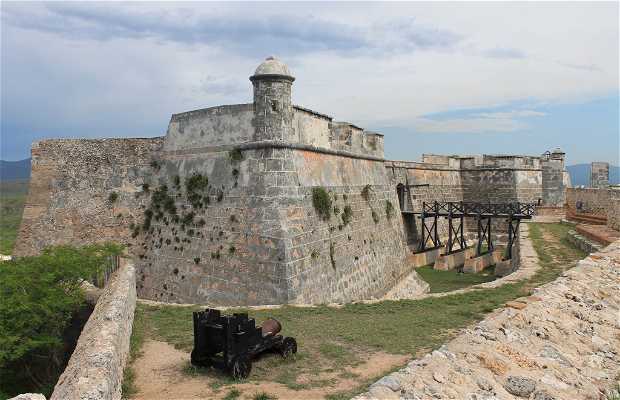 This is a military fortress located at the entrance to the Bay of Santiago de Cuba. It was constructed by the Spanish to defend against piracy, and it is now a World Heritage Site, and home to the museum of piracy.

This castle (a UNESCO World Heritage Site since 1997) was built in 1633 based on a project of the Italian architect Giovanni Battista Antonelli( 1587). It is located about 8 km from Santiago and was built to defend the city against piracy. It now houses the museum of piracy and provides a brief look at the history of the city and the naval battle of Santiago Bay that occurred in 1898. From the outside of the castle, you can enjoy magnificent views of the Santiago bay and Cayo Granma, where cannons were donated by France in appreciation for the help of Santiago's a French ship aground in the bay.