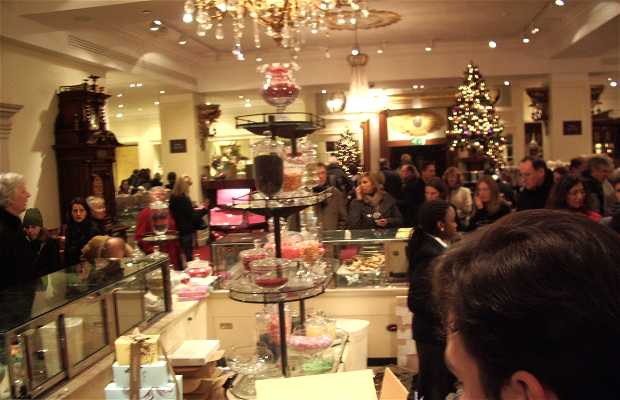 This is an exclusive brand, located in the center of London. I think that it supplies the English royal family. It is an authentic delicatessen. There is a beauty center with exclusive treatments, by reservation, and restaurant with a lovely atmosphere. The gift items that are for sale are perfectly wrapped and presented. A must-see for shopping.

Piccadilly is probably the most famous street in London. It's not clear, but some say that the name comes from the scarves that were fashionable in the late sixteenth century made by tailor Robert Baker, called piccadills. On this street you'll find some of the best London hotels and mansions, like the Ritz and the Burlington. And of course, there's the Fortnum & Mason department store, founded by William Fortnum & Hugh Mason in 1707. It benefited from colonial expansion, selling exotic products like tea imported from India. It became more famous thanks to the World Fair in 1851, when it provided luxury food.