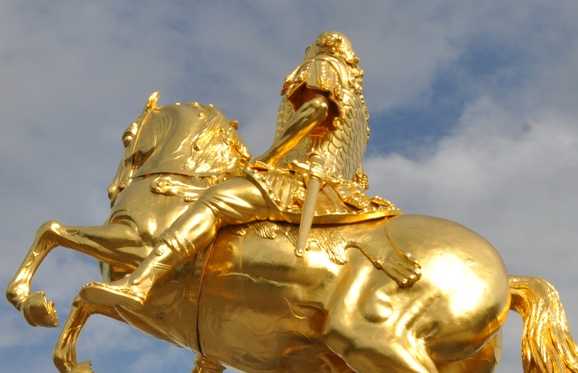 This equestrian statue of Frederick Augustus I the Strong, is one of Dresden's symbols . The statue depicts the king dressed as a Roman emperor, and stands on the Hauptstrasse, the pedestrian part of the new part of town, at the end of the Augustus bridge. Augustus the Strong was responsible for severalof the various famous buildings in Dresden, such as the Zwinger Palace . During his reign Dresden became a major cultural center, known