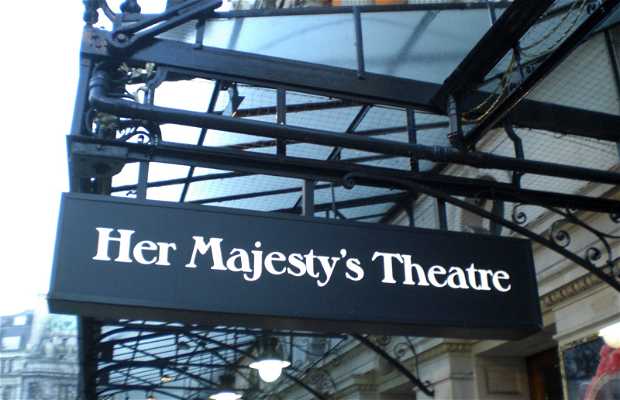 8 photos of Her Majesty's Theatre

4 reviews of Her Majesty's Theatre

Her Majesty's theater is a theater in West End London. This neighborhood is concentrated around Trafalgar Square and Leicester Square. Most of the major theaters and cinemas in the city are situated here. The first theater was known as The Queen's Theatre, named in honor of Queen Anne, and then the name was changed to The King's Theatre, when a king occupied the throne. At this time, there were few authorized theaters in London. This theatre burned down in 1789. The second theater opened some years later. This is the fourth theater, designed by architect Phills, opened in 1897. It specializes in operas, but are musical and classical theater.

Her Majesty's Theatre is a theater in the West End, in London. This area, around Trafalgar Square and Leicester Square, is where you'll find most of the major theaters and cinemas in the city. This is the oldest theater site in London, in operation since 1705 and found on Haymarket Street. It was initially known as the Queen's Theatre, in honour of Queen Annne but, when a king ascended to the throne, the name was changed to the King's. It burned down in 1789, and a second theatre opened on the same site a few years later. This is the fourth theater in the space, designed by the architect Phills.

Lists and places related to Her Majesty's Theatre

Information about Her Majesty's Theatre