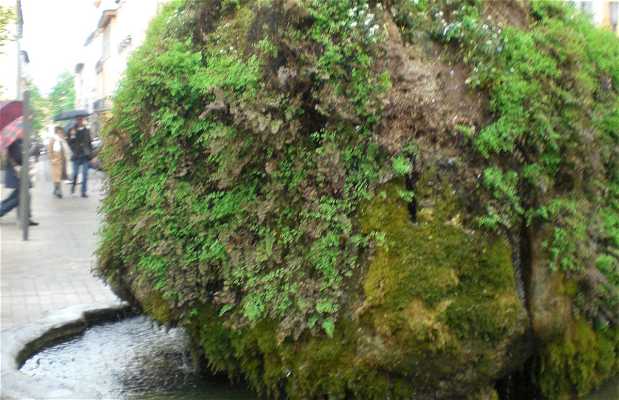 The Fontaine d'Eau Chaude, is also called the green fountain, because it is always covered with vegetation. Built in 1667, it was first decorated with a newt, but was destroyed by bandits in the seventeenth century. In 1670, four angels holding up a pile of stone were aggregated. This fountain was especially important because it was located on the Cours Mirabeau, where the rich went, to see and be seen. In the background, the Mazarin quarter was the new residence of the nobility of parliament. Then in 1687 they decided to make it a hot spring fountain, with water coming out from the Bagnier fountain.