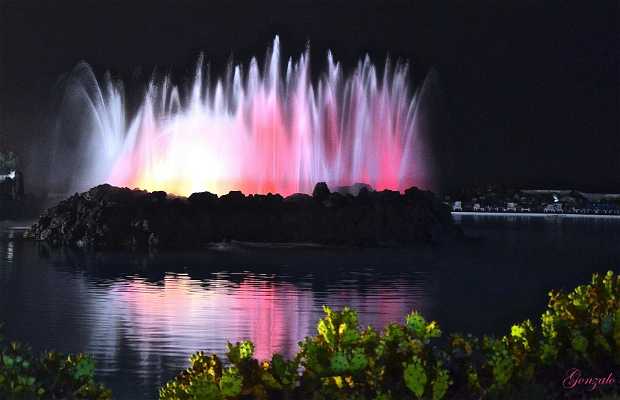 This place forms part of the Martiánez Complex, and it is the work of art of Manrique in Tenerife. He, our genius, was able to create an oasis next to the sea, made of volcanic rock, palm trees, cactuses and a spectacle of lights strategically located and sculptures worthy of praise. In fact, these pools were inaugurated in 1977, and in 2005 they were declared “Historical Garden”. By 2008 it had received 26 million visitors.

One of my favorite characteristics is that under the restaurant that is located in the central island there was a recreation room with a great spectacle called Andrómoda. It is now in the Casino de Tenerife, which used to be in the Taoro Hotel, which will see further along.

Located in the port of Santa Cruz Tenerife created by Cesar Manriquez, situated in the very center of the wonderful city, you can find the Hotel Beatriz at a fantastic price. It offers quality service, professionalism and an excellent buffet. You can also dine in the Tasquita. The have mussels grilled, cuttlefish, squid, and of non seafood dishes. YOu can also have dinner at the prestigious restaurant Regulus set in a family house with the patio become one of their dinning rooms.The cod and avocado stuffed with seafood are exquisite gourmet dishes.

An Alternative to the Beaches

The complex is made up of seven salt water lakes built by César Manrique, who also designed the salt water pools of Ceuta.

The complex was born with the idea that a person can spend the whole day there, so it has a series of establishments with different types of food. The project was created to offer, as well, nocturnal shows, thanks to its water and light effects, an alternative to the islands nights.