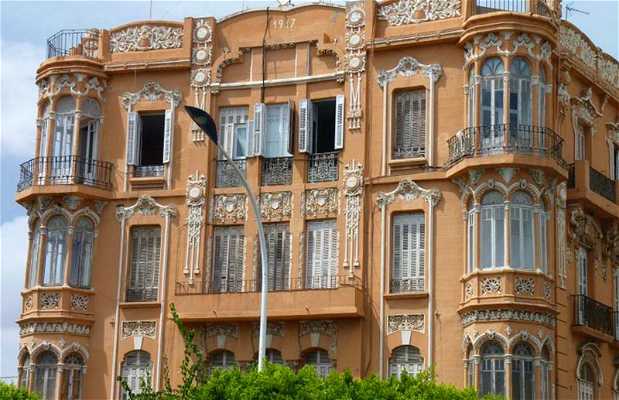 A cultural treasure in Melilla

At the corner of Juan Carlos I avenue, we can see one of the architectural treasures of the city of Melilla, the Casa Melul. It’s the work of architect Enrique Nieto, a student of Gaudi.

The architectural culture of Melilla is considered, along with Barcelona, as one of the best exponents of the Spanish modernist style of the beginning of the 20th century.

A clear indicator of this style is the precious house that was built in 1915 by David Melul, who was born in Melilla and was known his patronage of all the cultural initiatives related with the city and with the Sephardic culture.

+5
Like
Francisco Rodriguez
Good
See original
Like
Have you been here?
Add your opinion and photos and help other travelers discover

Links to Melul House
Hotels near Melul House Of Cultural Interest in Melilla
See something odd?