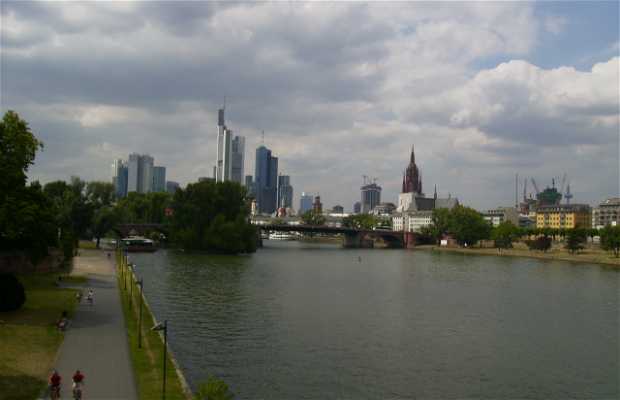 The River Main flows through Bavaria, Baden-Württemberg and Hesse. It is 524km long. It only flows through German territory, pouring water into the Rhine River. This river differentiates by its name between Frankfurt am Main in Frankfurt an der Oder. Its name comes from Celtic times, when they called Moin or Mogin. Then came the Romans and used the same name in the Latin version, "Moenus"

Links to Meno River
Hotels near Meno River Rivers in Frankfurt am Main
See something odd?