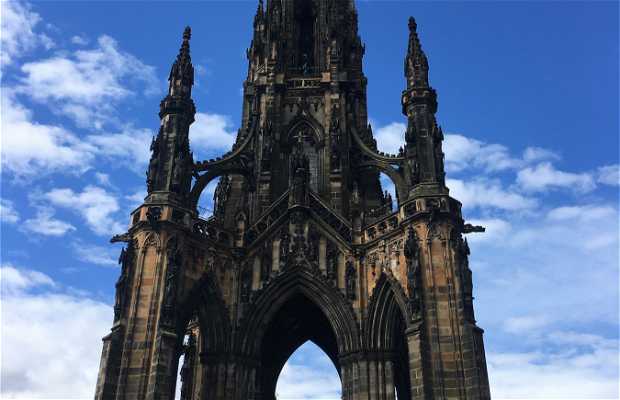 I really liked the city

I liked the city with its gardens, old buildings and the top part with the castle is very impressive. I'll give you guys only one photo of the monument of Sir Walter Scott, a spectacular Gothic construction erected in memory of one of the city's favorite sons, the author of many famous novels such as, as Ivanhoe and Rob Roy (who starred in the movie Liam Neeson).

Quite a tribute to one man

But what a writer! Nice information on the way up and spectacular views all the way up. You can't visit Edinburgh without climbing.

From where you’ll get an incredible view of the city!

Lists and places related to Monument to Sir Walter Scott