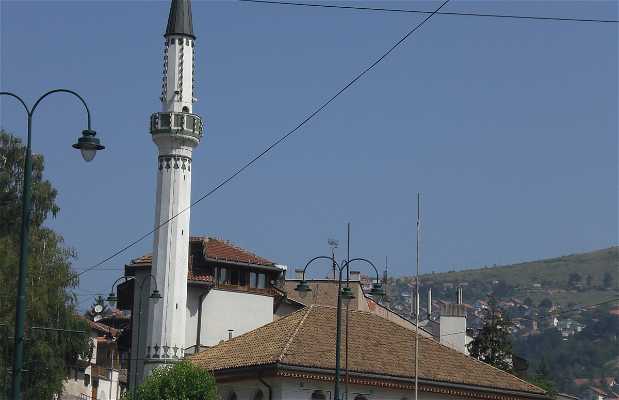 The Gazi Husrevbey Mosque is the oldest domed mosque in Sarajevo (it was built by Mustafa Haji Muslihudin in 1526). The original part has survived natural disasters and war. There are 45 stores in the nearby bazaar, so the mosque has long served as the spiritual meeting place for all the workers in the district. The interior is painted with geometric designs and the minaret as designed by the architect Hajrudin. Many of the nearby shops closed during the last war, and some have still yet to reopen despite the renovations of the year 2000. It's in a quieter part of the city, with a really Middle