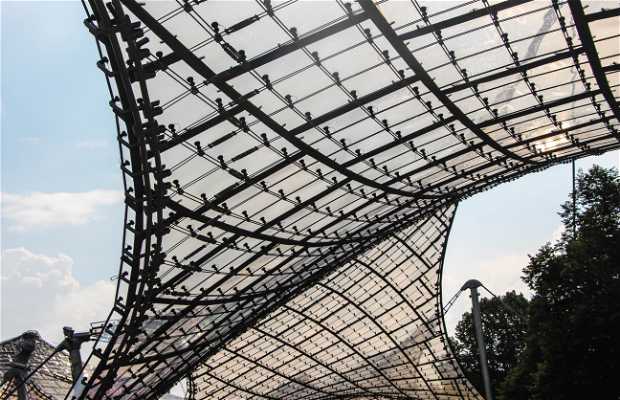 The Munich Olympic Stadium with its distinctive textile cover was designed by Frei Otto. Until they built the Allianz Arena (2005), this was the official stadium for Bayern Munich and TSV 1860 Munich. It was built to host the 1972 Munich Olympics, and then hosted the World Cup in 1974. The surroundings are of lawns, gardens and small lakes. I found both structures impressive and also the whole area next to the stadium was a pleasure to stroll around.

Imagine our surprise when we were walking by the Olympic village and a man came over and gave us two tickets to what looked like a party. We decided to go as we were there, so we turned up at the velodrome which was full of teenagers who were watching a concert. But the most interesting thing was that, between songs, there were compeititors doing speed tests. Quite an experience.