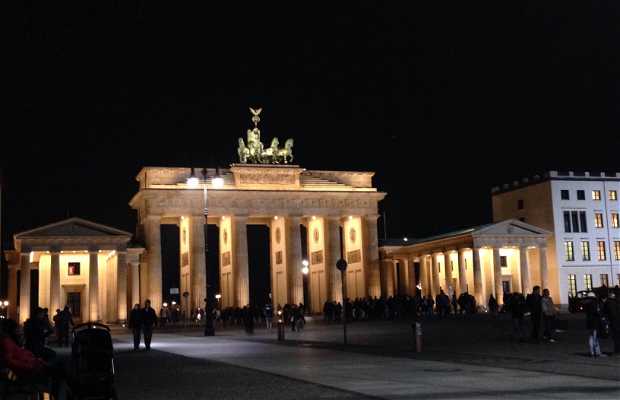 Pariser Platz is at the end of Unter den Linden and is Berlin's most prestigious square and it's a nice place, dominated by the imposing Brandenburg Gate. On the one hand you have the French Embassy ​​and on the other the American Embassy. Also in the square is the famous luxury Hotel Adlon and the Kennedy Museum. If you pass Brandenburg Gate you can see where the wall was that separated the east and west of the city. Before it was the city's largest square but it was destroyed during the Second World War, and then with the wall there was "no man's land" where no one could pass. Where the wall