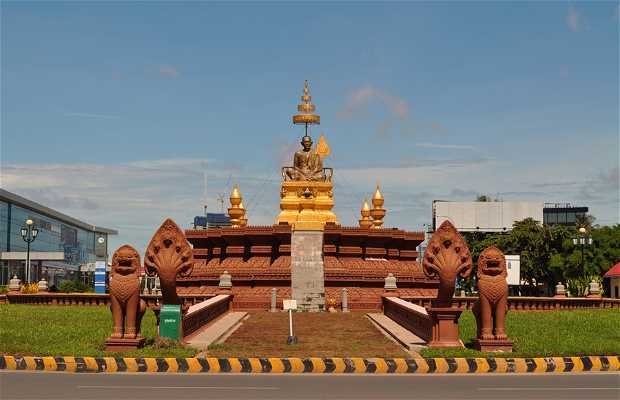 The great master of Cambodia.

The statue of Sandech Chuon Nath is located in Independence Park, about 250 metres from the famous monument, and close to attractions like the Royal Palace, and the Silver Pagoda. Samdech Chuon Nath was one of the most important figures in the history of the country, a Theravada Buddhist monk who devoted much of his efforts to the conservation of the Khmer language, its culture, and traditions. His contributions to the Cambodian people can be seen in his work for the Khmer language dictionary, and the Cambodian National Anthem. Besides being the promoter of national culture in the 19th and 20th centuries, he was a poet, writer, and teacher of the teachings of Buddha.