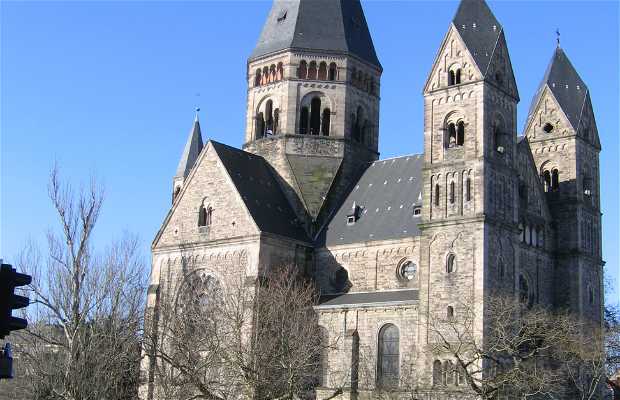 Impossible not to see them in Metz

The Old Temple (Vieux Temple or Temple de Garnison) and the New Temple (Temple Neuf) are mirrors of the history of the city, reflected in the Moselle river that runs through it. The old temple, or the Temple of the garrison, was constructed between the years 1875 and 1881, when the city Metz and Alsace-Lorraine area belonged to Germany (one of the fights between France and Germany that eventually lead to conflict, from the years 1914 - 1918), that German soldiers could keep Protestant worship. Almost destroyed in the year 1946, there is now only the bell tower, which stands taller than the cathedral itself.