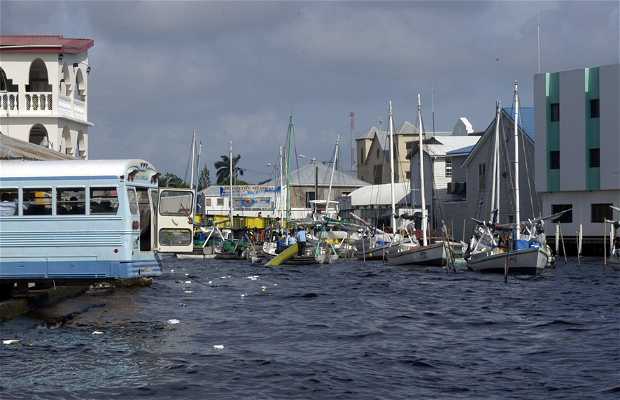 Belize City is the biggest city and former capital Belize and Belize District header. The city was the departmental head before the country's independence, when it was a British colony (British Honduras), and later became the capital to Belmopan in the year 1970. Unofficially it is estimated that the population of Belize City exceeds 70,800. The city lies at the mouth of the Belize River on the coast of the Caribbean. It is also the country's main port and its financial and industrial hub. It was almost destroyed on October 31, 1961 when Hurricane Hattie hit. The official language is English.