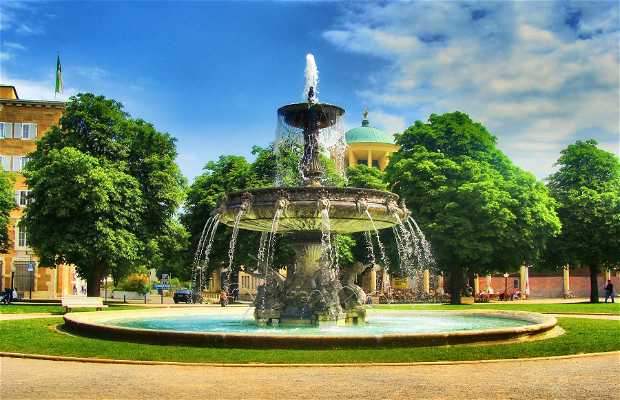 This place can be considered the very heart of the city. It is the meeting point par excellence. In the center stands the Jubiläumssäule, a 5 meter memorial column erected in 1841 to celebrate the 25th anniversary of King Wilhelm I (William I). At the eastern end is the impressive building of the New Palace, the former residence of the kings of Württemberg. On sunny days the square is full of people taking advantage of the sun, meeting friends, playing with the kids etc. You can see people of all ages. It has a great friendly atmosphere. Very charming.

The Schlossplatz ("palace square" in German) is the biggest square in Stuttgart, a place that the Germans found as a perfect spot for large outdoor events, concerts, fairs and Christmas markets, and it even has a skating rink. Since its construction until the mid 19th century it was only used as a military plaza and was not open to the public. In 1977 they renovated it completely for Bundesgartenschau (exhibition grounds). In the background you see the building of the Neues Schloss (palace), which was constructed between the years 1746 and 1807.