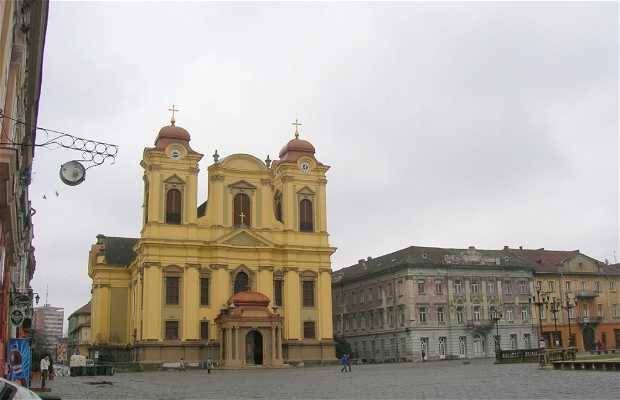 This church is located in the historic city centre, in Unirii Square . It's one of the most important religious buildings in Timisoara. Its construction began in 1738 by Jesuit monks and it was designed by Johann Bernhard Fischer von Erlach in the typical Baroque imperial style, like most Austrian buildings in that era. The highlight of the main facade are the bottom pillars of Ionic and Corinthian styles. On both sides of the facade, there are two towers topped with curved pediments.

Like
Carlo Seniga
Not recommendable
See original
Like
Have you been here?
Add your opinion and photos and help other travelers discover