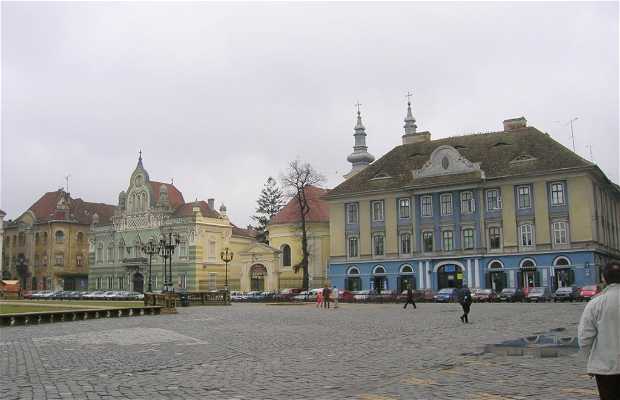 During the 18th century, this plaza was the city's commercial centre and home to many military parades and religious ceremonies (today it's still used as a stage for cultural events). It's a beautiful and lively square in the city's historic centre, and is surrounded by cafes full of people, where you can find some of the city's most famous monuments. Its name comes from the two different and important religious buildings, one next to the another: The Episcopal Church of the Holy Trinity (Orthodox) and the Biserica Episcopală Domul Catholic (Catholic). Other important buildings in this square include the Palace of the former Prefecture (Palatul Vechii prefecturi), the Episcopal Palace, and the Viennese Baroque Palace (Palatul Baroc) that houses a section of art from the Museum of Banat.