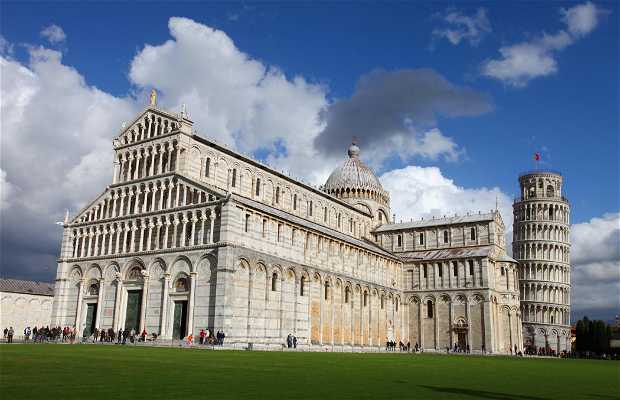 The interior has nothing to do with the French or Spanish Romanesque. At the time, Italy had a very different architecture and Romanesque ornamentation than we're used to. In Italy, there was much more brightness, the buildings were taller and the presence of windows was important, which are a lot of factors that our Romanesque lacked until the Gothic style came along. But the most surprising thing about the interior is the black and white marble, which is very typical in Italy, as well as the wooden gilded coffered ceiling from the 17th century. Don't miss the Pantocrator in the apse, from the 16th century, and the pulpit, a masterpiece of Giovanni Pisano, from the early 14th century.