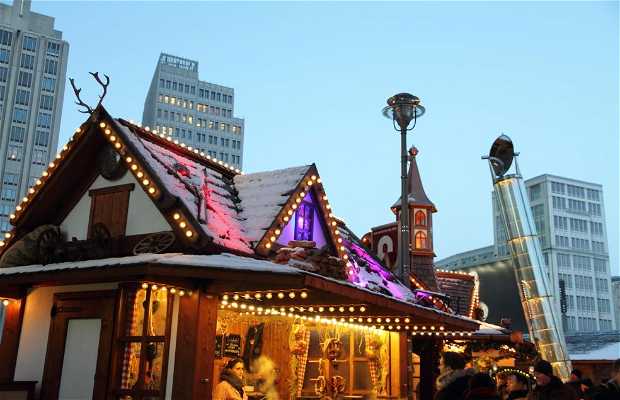 I was not disappointed

An absolute delight for the senses: colored lights, the smell of mulled wine with cinnamon and assorted sweets, ice rink, shops of all kinds and lovely atmosphere. All this is what you will find in the various Christmas markets that are scattered around town. Warning: they are only mounted during the time of Advent, on Christmas Eve they are removed. They are called Weihnachtsmarkt, although in certain traditional places they are called Advent market or markets of baby Jesus.

They formerly served as a warm place to shelter the inhabitants of the towns and cities of central Europe during early winter. They eventually became a fixed place for Christmas celebrations.

If there is a perfect season to visit Germany it is Christmas. All cities are illuminated and filled with friendly people thanks to traditional Christmas markets. I have already spent three years in Germany and each time I like it more. Each city is filled with fully decorated wooden stalls with lights and Christmas decorations. There is always a lot in the cold environment and everyone drinks the typical mulled wine, that although at first tastes great, warms the body in a minute. Food forms a huge part of the picture. It is exquisite, with giant sausages with grilled meat or the thousands of traditional sweets that taste of glory.

The Christmas markets of Germany

The Christmas markets of Germany are beautiful, especially in Berlin. You can purchase everything from Christmas decorations to typical sausages and you can't leave without trying some of them! They cost about 2.50-3 euros and that's dinner! The largest Christmas markets are in Potsdamer Platz are Alexander Platz, Kurfürstendamm and Gendarmenmarkt.

+7
See original
Like
Have you been here?
Add your opinion and photos and help other travelers discover