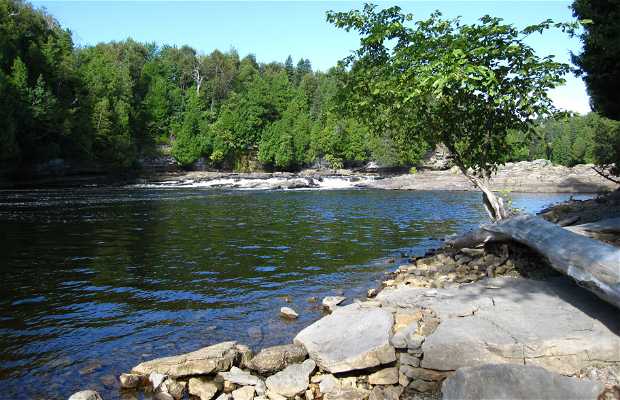 The Montmorency Park was named a National Park of Canada in 1949, and today it's a very pleasant area to walk around, admiring the cannons and monuments, and the beautiful views of the city, with the river and the lower part of Quebec on display. It is located in Vieux Quebec and it's very easy to get there, just go to Le Château Frontenac and a little later, find the Montmorency Park, which must be a lovely place for picnics in the summer. I visited in winter, so it was full of snow, while the St. Lawrence River (St. Lawrence) was frozen in large part, creating a truly spectacular panorama. Tip: you will easily reach the most famous staircase in Quebec, which has appeared in a lot of movies.