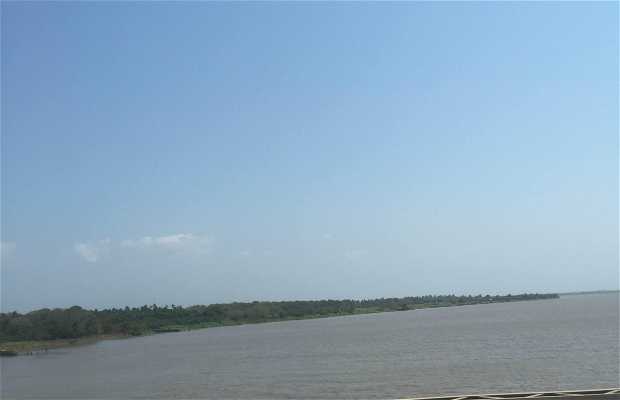 The Pumarejo bridge is a structure that...

The Pumarejo bridge is a structure that crosses the Magdalena river 20 kilometers from its mouth in the Caribbean Sea. It connects the city of Barranquilla, in the northern part of Colombia, with Sitionuevo. Officially, the bridge is known as "Laureano Gomez" but everybody calls it by the name of its creator, Alberto Pumarejo, a Colombian liberal politician who was born in Barranquilla, and grew up to be mayor of the city. The bridge was designed by the Italian Ricardo Morantti and was inaugurated in 1974, by President Misael Pastrana Borrero. There is currently a project to build another bridge next to the current one, that will connect Barranquilla with Santa Marta.