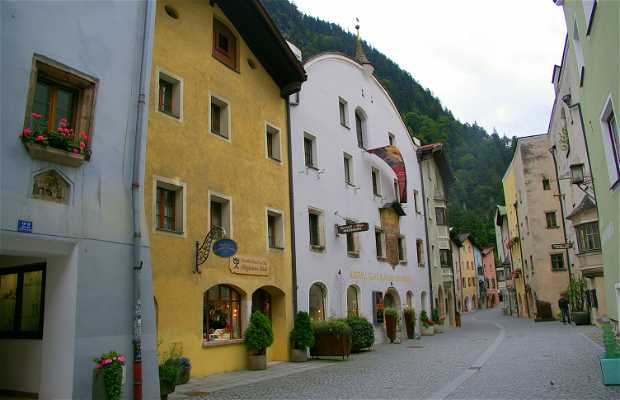 This picturesque Austrian Tyrolean village remains almost unchanged since the 16th century. It is the smallest in Tyrol and it is a real pleasure to walk through the medieval streets. Rattenberg was a customs post between Tyrol and Bavaria and was an important transit point for all kinds of goods on the Inn River. It was part of Bavaria until 1504, when it became part of the Habsburg Empire thanks to Emperor Maximilian I. Today the village is known for its glass industry. Despite being such a small town, Rattenberg is the cultural center of the region mainly due to the annual festival held in its castle at Christmas.

Lists and places related to Rattenberg

Links to Rattenberg
Hotels near Rattenberg Villages in Tirol
See something odd?